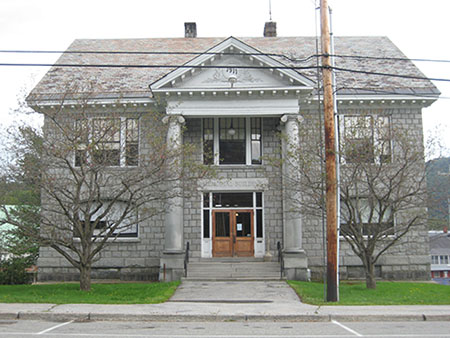 In the Hardwick Gazette from February 7, 1907 and October 15, 1908 George Washington Bridgman writes letters to the Trustees that the G.A.R. and W.R.C. are setting up a fund and raising money for a memorial for Civil War veterans. In September 2, 1909 issue the Gazette reports that at a town meeting the majority of voters wished to have a building instead of a monument. The spectacular granite & stone building that included white marble tablets carved with the names of Revolutionary War, the War of 1812, the Mexican War, the Spanish-American War (1898) as well as the Civil War veterans was completed and dedicated in a ceremony on February 29, 1913.